The Cost of a Credit Card Transaction

by bigcajunman originally published on November 6, 2014

The large credit card “companies” in Canada have agreed to freeze their “transfer fee” to 1.5% of the sales value, which is a good thing for retailers, but I am not sure if it is a good or bad thing for consumers. The transfer fee is the skim the credit card takes every time you use it to purchase a service or product, and it is paid by the retailer.

This skim can be as much as 3.0% of a sale that a retailer pays (for cards like Amex and other “premium” cards), so this fee freeze will help retailers limit their expenses for allowing us the convenience of using Credit Cards for purchases at their store (or services from their firm).

The Canadian Federation of Independent Businesses says the skim adds up to between $5 and $7 Billion a year in costs for them. Who pays that? The business has to incur the cost, but they simply pass on the cost with higher prices for services and products, and this is all so that we can make payments simply.

The other interesting question is how are the Credit Card providers (i.e. the banks) going to recuperate the income they will lose with this freeze? The banks will be the ones “subsidizing” this freeze, but they will (no doubt) find a way to either deal with the lost income, or find new income streams to extract the money from consumers (and businesses alike), (that is why I like investing in banks). The other options the banks have is to lower the “Freebies” and “Prizes” they have associated with their Credit Cards, time will tell how this all works out.

Free is a Good Price (but still can be expensive)

by bigcajunman originally published on September 10, 2014

Thanks to me (and Mrs C8j) having Home Depot credit cards, we are now victims of yet another massive personal information breach, which may cause Financial Issues in the future for us, and I am not well pleased by this turn of events. It seems these kind of data thefts are becoming more and more prolific, and maybe it is time for us to cut the number of credit cards we have, so we have less presence in the credit world (that can be so easily stolen). 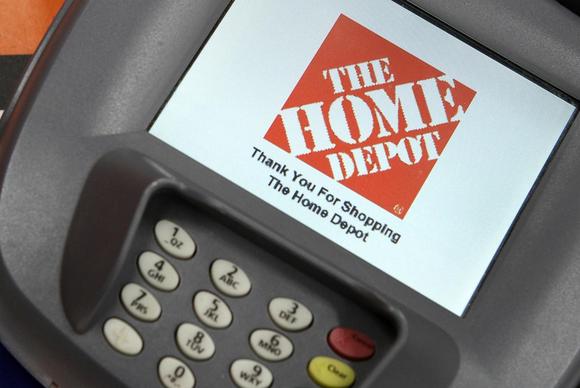 The one good thing that has come out of this is that we get a year of free Equifax Premier (in Canada, something different in the US). To get this service, I was given a 1-888 number to call and after a  long wait, I got a hold of an Equifax rep, who after collecting some data on me, gave me access to their Premier Service for an entire year (usually about $20 a month service).

The hope is that this service will alert me in case someone uses the information from the Home Depot security breach to either: attempt to steal my identity ; or simply attempt to charge things on my credit vehicles. The service seems to take about 24 hours to get up and running.


I read on a Tumblr Home Page (the name of which is very NSFW), which stated:

“FREE” USUALLY MEANS “COSTS SOMETHING OTHER THAN MONEY.”

Which is very true in this case, my identity info is now in the hands of dastardly thieves, but I got Free Equifax for a year? Not really that free is it?

by bigcajunman originally published on July 7, 2014

I was reading a very interesting article about what is the best way to transfer your credit card debt to another card,which carries a much lower interest rate, so you pay less for your consumer debt.

I figured I’d help out with a simple trick I use to make the credit card transfer much simpler:

Get rid of the damn credit cards!

Simple, solution isn’t it? You thought I was going to write something else?

Credit Checks Can Cause Issues

by bigcajunman originally published on June 16, 2014

It is interesting to see how the dominoes fall  in the financial world, and one of the most entertaining stories I have is from about 25 years ago as my wife and I were looking to buy our first house.

As we shopped for the first Big Cajun Hacienda,  Mrs. C8j and I decided we needed to shop around to get the best mortgage deal, that was possible at the time. At the time interest rates were very high and we were hoping to find as low a locked in rate as we could (it ended up being 12.5% for a five-year term). We spoke to our bank (at the time) Scotiabank but my brother had (at the time) a good deal (in his opinion) with BMO, so I went and spoke to them as well.

Both banks wanted to “pre-approve” me for a mortgage on the basis of my income and such, so they both came back with about the same deal for me, so we were leaning towards Scotiabank (as they were our current bank). Scotiabank also suggested I apply for their Visa card to help with moving expenses and such, and it seemed like a good idea (at the time).

So Many Cards so easy to get these days.

The application seemed straight forward, but about 3 weeks later I got a terse, but polite, letter saying that my application for the Visa Card was denied, with no explanation (but thanking me for applying).

I was flaberghasted, insulted and very mad (in my younger days, I was even a bigger hot head than I am now), so I phoned the number on the letter to get an explanation for this serious insult that had been inflicted on my Financial Ego! I spoke to a very patient and nice lady at the Scotiabank Visa help center (I would say she earned her pay that day), and she calmly explained that my “file had been flagged” and that was why I was refused the Visa Card.

“Why was the my file flagged?”, I asked.

The answer was simple, my “credit file” had been accessed twice in the week before my application, which caused the system to kick out my application as high risk. Why did my “credit  file” get accessed? Remember those two pre-approvals? Those two procedures cause the whole system to suddenly view me as a bad credit risk, because people were looking up information on my credit, as simple as that.

Once the patient young lady on the phone and I figured this out, she said she could put through my application, and get me the card in a few days, but I decided not to do that, and decided to go with BMO instead.


This was the first time I had been exposed to the Business of Credit, Mortgages and Banking and it was an eye-opening experience, and from that I have learned to be wary of banks, and to always ask questions about all processes no matter what transpires.

Oh, and isn’t it interesting that I was actually turned down for a credit card? Anybody heard of that these days ?

If You Have Credit Card Debt Don’t Invest

by bigcajunman originally published on December 2, 2013

This is one of the great “to the point” statements about investing in a Business Insider’s article that Michael James sent me.

The clarity of that one statement is astonishing to me, it cuts through all the garbage and gets to the actual point. So the real quote is #35 on the list:

“If you have credit card debt and are thinking about investing in anything, stop. You will never beat 30% annual interest.”

Read more if you wish.

Is that just so stunningly clear that it can’t be ignored? It is for me.

I can hear the nay sayers with their commentaries already:

I await the comments of how I am being simple (or worse obtuse), have at it commenters.