by bigcajunman last updated on April 5, 2013

Today in Ontario (and Alberta too I think) it is Family Day, a vacation created by the provincial governments for folks to get a break in February, which is a good enough reason for me, however, I don’t get this day off.

Stores will be closed (at least some will), Banks will be closed, there is no garbage pick up, however, all Federal Offices should be open, because no Federal Employee (in Canada that is) actually get this day off. I know there are few folks crying about this one, but it is actually fair, given we do get Remembrance Day off (or as we call it in Ottawa, PRE-Black Friday!!!!).

Enjoy the day off, for those that do get the day off. In my case so many folks are taking this day off as vacation, it is effectively a day off for me as well, so I get to catch up on a bunch of stuff in the office too.

The best part for those folks in Ottawa who do get the day off is that everything is open in Gatineau, so there will be a rush over the bridges to buy beer and such cheaper in Quebec.

TurboTax Giveaway Winners have been notified as well, however, if anyone from HRBlock or Ufile wants to donate some licenses to me, I am good with giving them away too! Giveaways where you send licenses via e-mail are much easier to run than giving away books and such.

Oh, and feel free to leave a comment making derogatory remarks about how you have today off and I don’t, however, remember, I will respond in kind (yup, it’s that kind of day).

Financial Skeletons in the Closet?

by bigcajunman last updated on September 12, 2019

A valid theme for a Halloween, are there financial skeletons in your closet?

As I have mentioned in previous posts, honesty with money is the cornerstone of any relationship. If you go into any relationship with secrets that you can’t, or won’t tell your partner, will the relationship last? I have no bloody idea, in general, I am the last person anyone should talk to about relationships (I am lucky I found Mrs. C8j, and am astounded most days that she remains with me), however with money I feel more confident in my advice.

Dishonesty about money with your spouse or partner about money always ends badly. Hiding details about your financial world is much like the following example:

Take a 4 foot long and 8 inch wide tray that is about 4 inches deep, fill it with water, and pick it up. Now attempt to walk 100 yards without spilling any water, you will fail.

The example is actually taken from a real world example from my Father, when he worked in the BBC Canteen in London, and he had to do that exact thing, and yes, as soon as you are out of balance it all goes to heck in a hand basket.

What kind of skeletons?

Are there skeletons out there that you have heard of, or worse, you have in your financial closet?

Happy Thanksgiving and some #Tweets

by bigcajunman last updated on September 12, 2021

Yup, I took Sunday off (not really, I spent most of the weekend driving and doing lots of family stuff), so here is a Sunday/Monday/Holiday post for you, ENJOY!

E.Coli continues to run rampant through the Canadian food supply (OK, just the beef from a specific manufacturing firm). So PSAC is already blaming the Harper Government for laying off all the food inspectors, which should make for some spirited discussions in the house of commons. Just remember to cook your beef very well (for those with English ancestry, no worries about that!).

No Hockey and no Hockey insight for us Canadians, guess we’ll be watching a lot of Lacrosse this winter?

Oh and surprisingly there is corruption in Montreal? Goodness, as I a born in Montreal Québécois, I can assure you the only surprising thing is that it has taken this long for anyone to talk about it. Montreal takes corruption and takes it to new magnificent mutations that Toronto and other Canadian cities wish they could have.

Oh and in my Twitter feed some very interesting nostalgic posts as well:

Happy Thanksgiving to you all!

For some, however, Thanksgiving is a terrible time, and that is for the Meleagris Gallopavo, or Wild Turkey (ZZ Top even sings about the horrible Wild Turkey Bite (but I suspect that may not be what they really mean)).

Constantly hiding and ducking from now until January 2nd, think of these poor creatures as you scarf down their kins legs and breasts! Mmmm… kin… 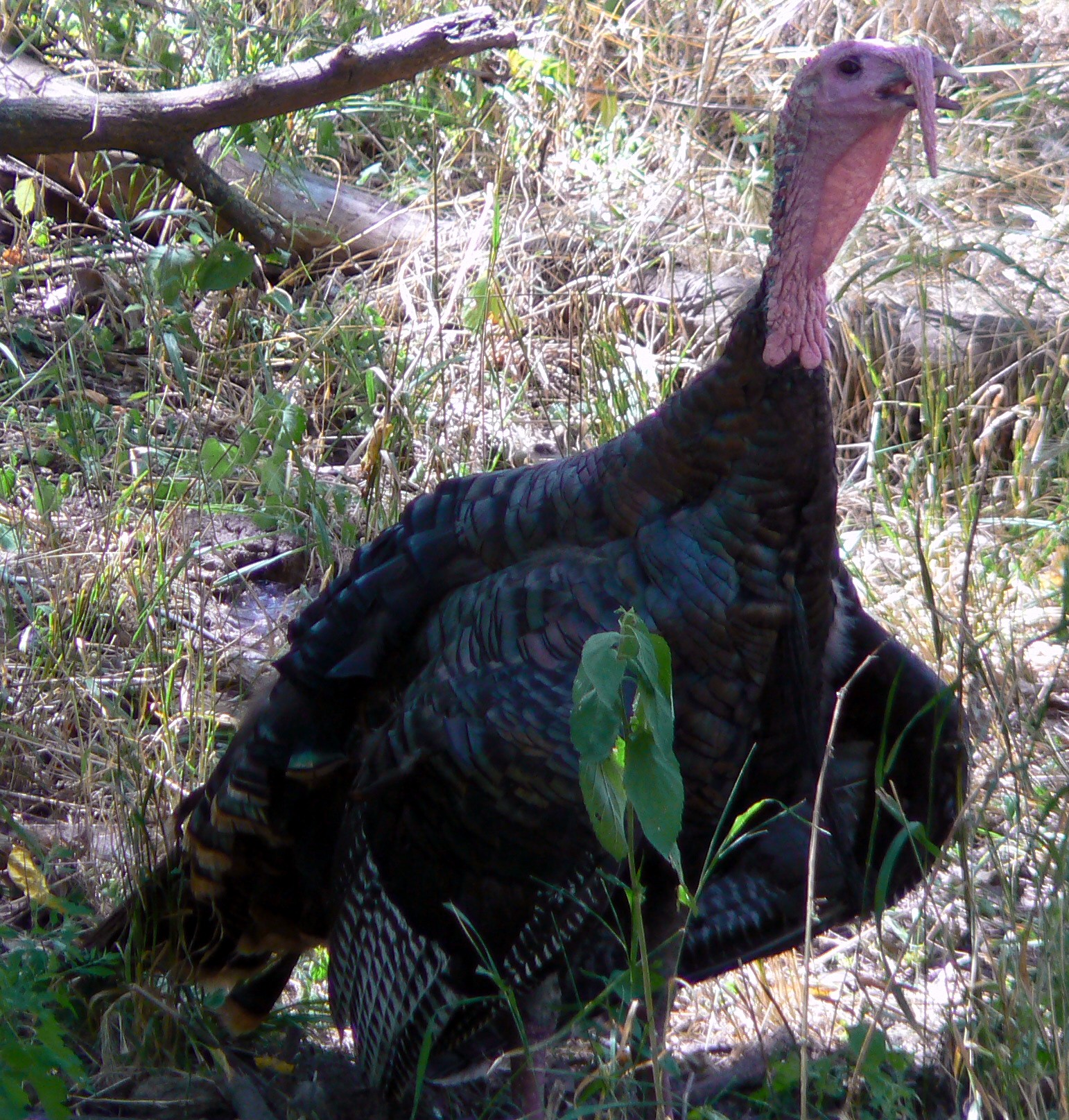 by bigcajunman last updated on September 2, 2012

Yes, it is Labour Day Monday, up with the proletariat, down with the oppressive bourgeoisie, but given that I was on the road most of this past weekend, you are getting my Sunday post today (I can hear you all clapping with glee). Yes, it was back to school for most of my family this past weekend, with my son being the only one remaining around the house.

Tomorrow mes amis Quebecois vote, and it could mean for contre temps in the Canadian Political Spectrum, which is always fun for bloggers and the “main stream news media” as well. There is already talk of another Anglo-exodus and housing prices dropping in Quebec (could it be another 1976? I doubt it, but it won’t stop folks inferring it).

Thalidomide maker apologizes for what it did 50 years ago? All I can say is FINALLY!

If you are one of my TWEEPS then you are cognizant of the brilliant banter on my feed, however there may be a few of you who missed out on some of the best tweets of the week:

Here is a Labour Day Present from the Khan Academy (as seen on 60 minutes) as well, explaining what LIBOR is:

A while ago, I had a post on the 4th of July What does the 4th of July Mean? For some reason that post had a huge readership for the day (not sure why, but what the heck), so with that in mind, here is another fun view of the 4th of July from America’s younger brother to the North.

To Canadians the 4th of July is a fun time to watch our American friends have a good time, since (I have said previously) no one seems to have a good time celebrating their country as much our noisy Brothers down south.

You Yanks have a great time, and I hope to one day spend a 4th of July in the states (OK I have once or twice, but it was in an Airport, so that doesn’t really count).

The 4th of July is really the beginning of the summer for the Northern Hemisphere (OK Canada Day is as well).

As I have also pointed out the year is now over half over, how have your financial plans gone so far? Gone down in flames, or up in smoke like the fireworks on the 4th of July? Well, there is time to restart it all, so don’t give up hope.

Lady Liberty’s torch can be your beacon to lead you out of the darkness of your financial black hole (yeh it’s cheesy, but still a useful metaphor).

Is the U.S. economy in a shambles? Maybe, but this is the U.S., it needs to every once in a while show a little weakness and then “Hulk Up” and show the world just how strong an economy they are.

Happy birthday the United States of America, you don’t look a day over 200 (which I also remember vividly as well). Blow off more explosives than the Canadian Armed Forces, guzzle more beer than the volume of Lake Superior, and chow down millions of hot dogs, it’s time to celebrate!