Best of: Best Financial Advice Ever

by bigcajunman last updated on October 2, 2016

It’s been more than two years since my Dad passed away, and reading this story makes me smile every time I read it, so here it is again.

You can find this story and other Favorites of mine on the Favorites tab at the top of this page.

My parents have been very helpful in my life, both financially, but also with very wise advice, and with that in mind, I’d like to share you a story my father told me (kind of a parable): 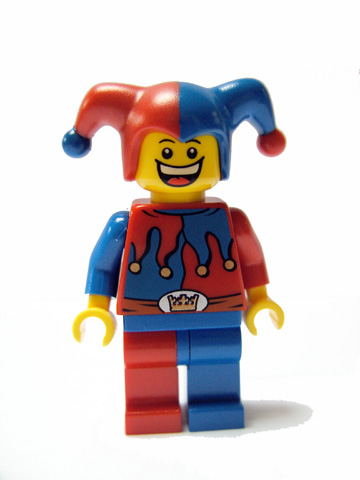 There once was a court jester who enjoyed a good joke, usually at the expense of the King, which got the Jester into deep trouble. One day the Jester was having a particularly “devilish” day and insulted the Queen in a large public forum. The King was OUTRAGED by this and ordered the Jester executed for his insolence and the guards dragged the Jester off to the dungeons.

Hours passed and the Jester (who was a quick thinking man) thought how can I get myself out of this mess? Finally the door to his dungeon opened and the guards dragged him back to the King. The King said, “I have enjoyed your buffooneries over the years, so I will give you one wish before I put you to death for your crimes.”.

The Jester thought what could he wish? Then he came up with a plan, he knew that the King adored his horses so he came up with the following, “Sire, all I ask is that you give me a year’s reprieve, and during that time, I will teach your horses to Sing! This will make you the envy of all other monarchs. If at the end of this year I am unable to get your horses to Sing you can execute me in any gruesome fashion you wish.”. The King looked perplexed and then confused, but finally he thought that he had nothing to lose, he would either be the envy of Europe or the Jester would be executed, either way was fine by him.

The guards then took the Jester towards the Royal stable, when one of the Guards asked the Jester, “Why would you make such an obviously impossible deal, surely you know no one can get a horse to sing?”

The Jester smiled and whispered to the guard, “Many things can happen in a year my friend, I could die and thus I have cheated the executioner… the King could die and I might get a reprieve… or the horses could sing!”

My Dad told me this story after we discussed payments schemes for money he was loaning me to buy my first house. What was he telling me? I’ll leave that to you gentle reader, as usual with a story from my Dad, you get from it, what you think, not necessarily what he thinks you should.